True Silence, and What We Chase

So much for packing light.

The wagon was loaded, horses were standing in the trailer ready for the drive, the girls grabbed their backpacks, I shut the door and my husband Bruce put the truck in gear and headed west.

We had been planning this trip with our friends for a year. Going into the back country where no motorized vehicles were allowed took a bit of organizing. We had found the perfect wagon to make the trek just recently and a few years back we bought two Percheron draft horses so that part was easy enough. I’m a chronic over-packer so after making a list to arrange all my other lists I finally had the food and gear down to a manageable size for a weeklong trip.

There were 10 of us going, 8 adults and our two girls Aven and Monroe, aged 10&9. We had vet supplies in case of horse emergencies, clothes, coolers, 3 wall tents, collapsible stoves, guns, horses and tack, and tools in case of wagon repairs. Hence the 3500 pounds.

The phrase ‘heading west’ has always connotated a romantic notion of finding adventure, a rustic journey, sunsets, and promise. This horse pack trip was no different.

It was a four-hour drive to the staging area where we would leave our vehicles and head out on the horse-drawn wagon. We wasted no time unloading trucks and hitching up the horses. Riders saddled up, our packhorse was loaded with panniers, and smiles were as big as I’d seen. We left cell phone service behind and headed into the Clearwater. The trail was narrow, the trees were tall, the mountain flowers were abundant, and the moss and ferns covered the ground as far as I could see off the side of my wagon seat perch.

How do you describe a remote paradise with words?

It’s not letters strung together.

It was the impression the mountains made in your mind, the song your ears heard as the river rushed by, the feel of the soft cushion of pine needles underfoot, the scent of vast purity, it was a priceless moment.

Wall tents were set up, cots unfolded, the horses were hobbled and had their bells on to let us know where they were while out grazing, fire lit, supper made, and a drink poured. There was that pleasant feeling of a hard day’s work weariness from being on the road all day and the laborious task of getting horses put up for the night and then camp set up. But it fell away as the fire crackled, and the stars came out one by one. Upon waking, the chores of looking after the horses came first. The girls untied the halters from around the trees where the steeds spent the night and took them to the river to drink. Seeing my daughters walk their animals through the grass to graze the meadow at the foot of the mountain range did something to me.

Listening as the bells tinkled with the horses as they moved along, I looked around and nowhere could I see evidence of man. I could see above me to the tree line just about to the peak and I felt small and humble. We were the only people around for miles and being completely vulnerable to Mother Nature was formidable. My girls were enveloped in a space that many have not had the privilege to trek. They have heard true silence. How many people can say that? The serenity brought forth in that moment will be enough to draw on for years to come.

After a campfire coffee and breakfast, the horses were saddled for the day’s ride. Fresh shoes on all of them, they were anxious to go. Across the river, through the trees, tight on the sides with branches brushing your arms, the trail finally opened to Lost Guide Lake. It felt like an untouched oasis was just discovered.

Immediately the girls started climbing on the rocks like bighorn sheep, up and over, around the natural curve of the land to the waterfall. They dipped their heads into the lake giggling at how frigid it was and immediately took off again to explore. They found wild strawberries as small as the tip of your tiniest finger, eating them as fast as they could pick. The others threw a rod in the water and pulled out five of the prettiest trout.

Nature provides the house in which we sat, the nourishment we ate and the fuel to start the fire. Eating the fish that night after cooking them in a cast iron pan drenched in butter, I couldn’t remember a finer meal. As the blue sky made room for the pinks and oranges of the evening, it solidified my belief that nature is the best medicine. It was Monroe’s birthday that day, she was thrilled to be having her party in the Clearwater. She claimed she was the luckiest kid to be where we were to welcome her to 9 years old. I couldn’t agree more.

Being embraced by the mountains, kissed by the breeze and having your soul warmed by the sun in a space where only the deer and bears have walked made us memories that will leave a mark in my young girls they can feel and keep with them.

My husband, my girls and I went west. The romance is real. We felt it and came home more in love with Mother Nature than I gave credit to myself for being able to feel. 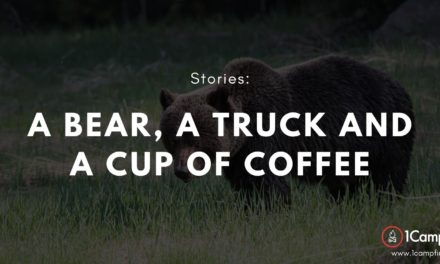 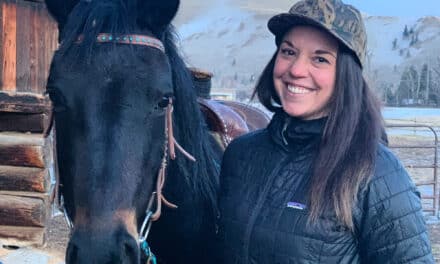 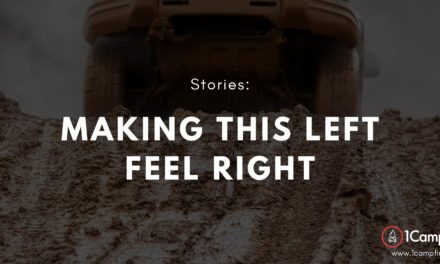